“Babe!  Put in a movie I like!” Amanda will ask me excitedly.   This means no guns, no fights, no tragedy, and – ultimately – no testosterone.

Since my political job ended in May, Amanda and I have been counting our pennies to not go over budget.  We can’t afford cable or satellite – so when we want to entertain ourselves I often end up watching Amanda’s favorite movies over and over and over again. 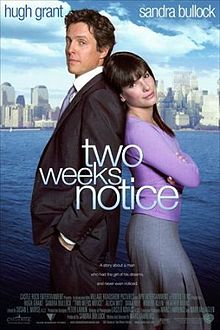 Amanda’s favorite scene:  Grant proclaiming that he can walk across Bullock’s apartment in 6 steps. 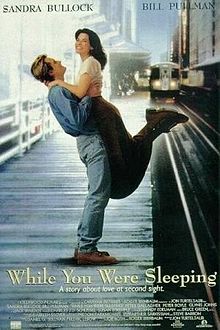 Amanda’s favorite scene:  The marriage proposal given by the entire family. 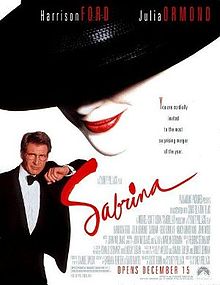 After going to Paris on an internship with Vogue, the Chaffeur’s daughter – Sabrina – returns home to the super-rich Lareby home where she hopes to win over the affection of the youngest son, David Lareby.  But after an accident, fate steps in.  Although she thinks she is in love with David, Sabrina spends time with David’s brother, Lynus. And – wait for it – they hate each other, like each other, hate each other again, and, finally,  fall in love each other. (Roll Credits)

Amanda’s favorite scene:  Lynus punching David before he jets off to Paris to find Sabrina. 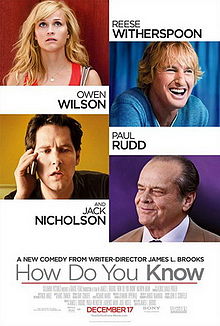 Lisa just got kicked off the Olympic softball team.  George just found out he’s being indicted by the Federal Government for fraud.  They meet each other, and (here we go again) hate each other, like each other, and finally fall in love with each other. (Roll Credits)

Amanda’s favorite scene:  Watching Jack Nicholson’s response at the end of the film. 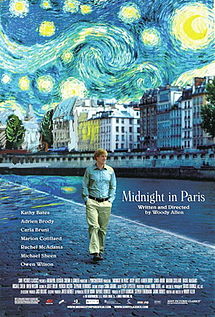 Amanda’s favorite scene:  Watching Gil trying to steal his fiancé’s earrings.
Why do I know this – and why am I telling you?   When you date a woman – you get your high school diploma in learning her.  When you begin the relationship with her – you get your bachelor’s degree in knowing her. When you get engaged to her – you get your master’s degree of studying her.  And when you marry her – you are in your Ph.D work of appreciating her.   You must never stop learning about your beloved.

I’m not endorsing all that these movies stand for – but I am endorsing the willingness to love your spouse enough to learn to not only do what she enjoys doing, but learning how and why she enjoys doing these things so you can be a better servant of providing what you believe she deserves.

By the way, can you guess which 3 movies I like the most out of these 5?